Greg Lopez is an Air Force veteran and the former mayor of Parker in Douglas County (1992-1996). He was president of the Denver Hispanic Chamber of Commerce (2004) and Colorado Director of the Small Business Administration (2008-2014). While all three candidates have experience as business owners, Lopez is uniquely qualified at governing a thriving city with a complex budget, while managing state and federal contracts and leading a cabinet consisting of a dozen departments.

At this debate, Lopez demonstrated that he is knowledgeable of the important issues in Colorado, but more importantly that he knows the procedures and the people to change misguided policies by influencing legislation, coordinating with local, state, and federal agencies, and issuing executive orders within the scope of executive powers. He discusses the state issues in a tone that builds confidence in his leadership and inspires hope for Colorado. 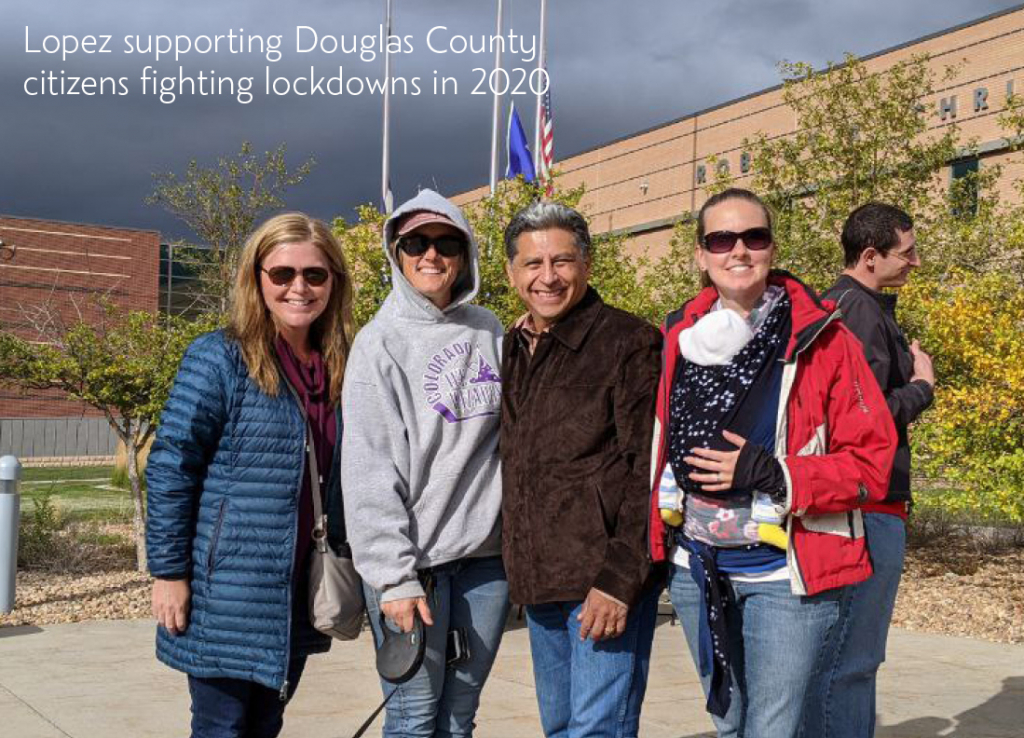 Heidi Ganahl is a successful entrepreneur of Camp Bow Wow dog daycare franchises, and a CU Regent. Since Ganahl declined to participate in the debate, the public does not know much about her leadership style or knowledge of issues. Sources at the debate told CHCA that she is a well-funded candidate, and that she hired a campaign team with personnel from another state to take over her campaign. She will pay up to $200,000 to petition onto the ballot, rather than gaining public support through the caucus and assembly process.

Colorado voters understandably lack confidence in Ganahl’s priorities. Although the current CU Regent served on the School Safety and Youth in Crisis Committee (2015), she has not advocated for any policies to mitigate the rampant mental health crisis. This crisis resulted in 13 suicides at CU Boulder in the Spring of 2021 due to isolation policies. Meanwhile, Ganahl’s twitter account has more posts about rescuing dogs than about the mental health crisis in Colorado’s young people.

Like the Republican candidate, Walker Stapleton, who ran against Polis in 2018, Ganahl will not resonate with swing voters. She has less governing experience than Stapleton, who was a state treasurer from 2011-2019. Voters are looking for a candidate with leadership experience that will bring relief to their real-world concerns.

Of particular concern for voters who are opposed to medical mandates, Ganahl has held sales positions with many pharmaceutical companies including DUSA Pharmaceuticals, Bristol-Myers Squibb and Rhone Poulenc (now Sanofi-Aventis). According to Wikipedia, she also founded the Maginot Group, which offers very vague services to China. An unprecedented amount of people on both sides of the aisle are now wary of the heavy-handed influence of pharmaceutical companies on public health policy and the role that China played in the pandemic.

Ganahl will be challenged to relate to hardworking Coloradans who lost their jobs or businesses in the pandemic. Consider the Millionaire’s own words from her blog: “Pharmaceuticals are the golden handcuffs. I was making good money with good benefits, but I was bored,” she said. In a biography interview on Ganahl, she admitted, “I got a large settlement a few months later, a million dollars, and managed to quickly blow through that.”

Meanwhile, Ganahl admits that she struggles to prioritize people over her personal success. She describes her leadership skills as being a “hard-core perfectionist,” and she subsequently “went through a lot of employees.” She further admits that her “mom and dad had to sit me down and say, ‘Hey, pay attention to your family and your daughter.’ That has happened several times.” These responses may give question to Ganahl’s devotion to traditional conservative values.

Further, unlike many conservatives, Ganahl discloses that she is not religious, “I don’t know if I believe in the stories the Bible tells.” However, she feels spiritually connected to animals: “I think that’s why I’m so attracted to dogs and kids. They’re so innocent and have that all loving, no judgment, unconditional peace about them. So I think that’s the spirituality piece for me.” 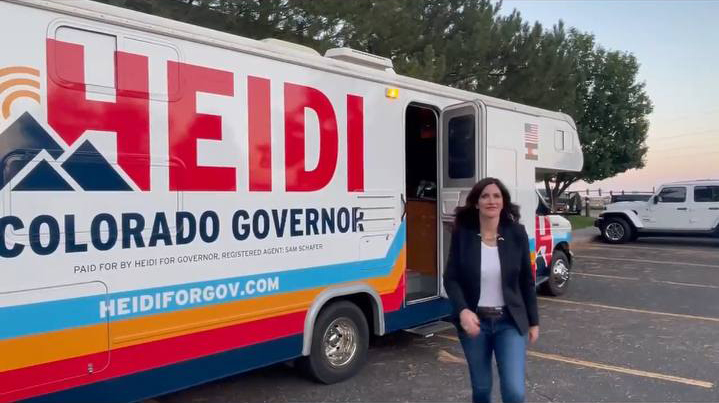 Danielle Neuschwanger has a background in criminal justice and currently works as a realtor. At this debate, she emphasized her training as a verbal de-escalation instructor; however, her tone throughout was surprisingly hostile to a conservative audience. Although her quips about firing people in the current administration and putting elected officials in jail were certainly bold, they were divisive. Later in the debate she made a major gaffe by responding that while she actually lives in El Paso County, she “identifies with” living in Elbert County.

Unfortunately, this was not the first time that Neuschwanger made waves. Early in her campaign, she alienated many potential supporters with a public attack on the personal life of Gov. Polis. This was a disheartening introduction for Colorado’s swing voters, who value bipartisan approaches.

Neuschwanger clearly has passion and knowledge of statewide issues. However, her conveyed knowledge is limited to statistics, without clarity as to how she would work within the constraints of executive powers, in collaboration with regulatory agencies and a Democrat-controlled House and Senate. Her solutions are limited to repealing laws or auditing departments, without a realistic view of how excessive audits can hinder the daily operations of the state. She has zero endorsements from any agencies or elected officials in the state of Colorado.

Overall, Neuschwanger lacks the experience and professional decorum to serve in the Executive Office. At this time, she could better serve Colorado by giving her support to Lopez while learning more about the complexities of state government and the needs of diverse geographical regions across Colorado.

Who was at the Capitol in Denver protesting the Polis’ Stay-at-Home order in April 2020? Lopez.

Who was in Colorado Springs strategizing with small business owners like C&C Café who were shut down by CDPHE in the summer of 2020? Lopez.

Who was at the Douglas County Court House posting notice that the people will re-open their businesses, churches, and schools based on Constitutional rights? Lopez.

During the pandemic, Ganahl promoted her rosy lifestyle platform SheFactor, and her comfortable life and friends in the podcast in “Heidi’s Colorful Colorado.” Sources told CHCA to expect Ganahl to run a campaign with contrived audiences and events with supporters who will not ask her tough questions. Thus far, Ganahl’s campaign has relied on a custom luxury RV that visited a few cities for some photo opportunities in 2021.

In contrast, Lopez has driven himself to every region in the state with a high level of broad engagement for years. He demonstrated in 2018 that he could run a campaign for Governor on a $60,000 shoe string budget. He is unequivocally supportive of freedom, faith, and “systemic opportunity” for all. If Lopez wins the primary to challenge Gov. Polis, he will gain national support in the ultimate David and Goliath battle for the Governor of Colorado.

It is with this analysis of the candidates that CHCA endorses Greg Lopez for the Colorado Governor in 2022.